Day 3 of the EUC Handball 2019: Aix-Marseille University almost got back after losing 7 goals in the first half

The third day of the competition began with men’s matches. First game was at 9:00 am (GTA+2). University of Porto (Portugal) played against University of Granada (Spain). Jaime Torres Varona was the best player at University of Porto. He scored 6 goals and helped his team win the match. Final result was 13:25 (8:12). In a thrilling duel between “Stefan cel Mare” University of Suceava (Romania) and University of Rijeka (Croatia) the Croatian team did a better job and managed to beat Romanians 21:23 (11:10). University of Cologne pulled out a great victory against Norwegian University 33:17 (16:10). Despite losing the game, Norwegian players were satisfied because they were enjoying themselves on the floor. Marian Dahlke was the best scorer of the match scoring 7 goals. The result between University of Bochum (Germany) and Akdeniz University (Turkey) was 27:22 (12:11). Oliver Martin Dasburg led his team to their first victory scoring 8 goals. University of Minho (Portugal) overpowered Swiss Federal Institute of Technology in Zurich 27:24 (14:9). This was their second victory of the tournament. 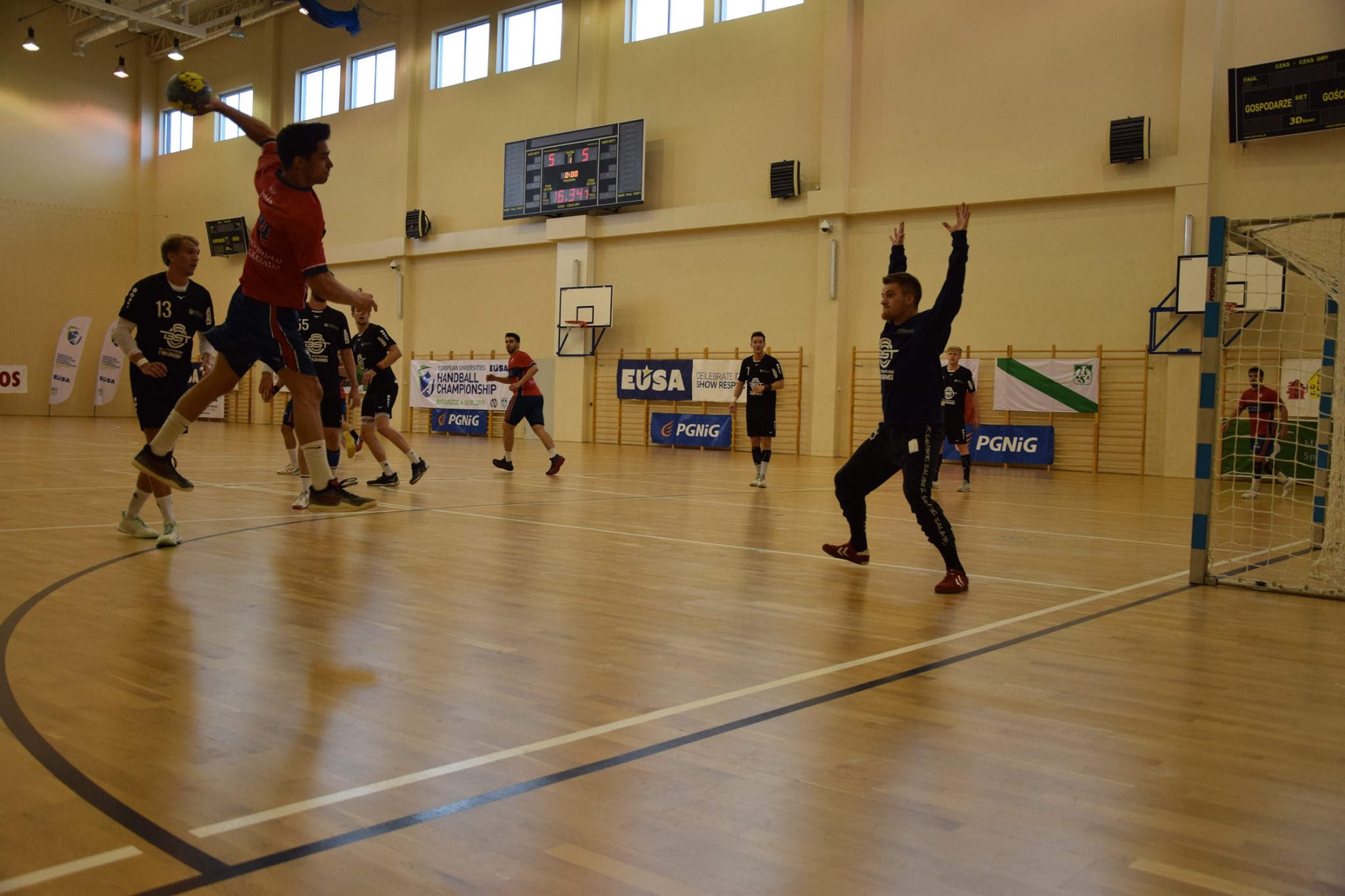 Nils Thorben Schmidt, goalkeeper from the University of Cologne, said that his team will need to win some more points in the next game. “We are preparing for tomorrows game. We will face the Spanish team. We need the points, we need to score more goals. We will be in shape and that’s the most important thing”, claimed Schmidt.

Aix-Marseille University (France) and “Vincent Pol” University in Lublin Poland)opened the program for the female competition. The result was tight through the whole game. “Vincent Pol” University in Lublin took the 2 points by winning 27:28 (11:18). Polish team is now first with the same amount of points as University of Bochum in group B, but with better goal difference. 33:21 (16:9) was the result between University of Porto (Portugal) and “Maria Curie-Sklodowska” (Poland). Carolina Monteiro added 8 goals to her sheet. Portuguese team are now second, just behind University of Hamburg in group C. University of Bochum (Germany) pulled out another victory, this time against Norwegian University. Final result was 24:19 (15:7).Maria Elena Kottman scored 10 goals in this game. University of Hamburg (Germany) was playing against University of Valencia (Spain). German team won 29:17 (18:9). The last match was between the host of the competition “Casimir the Great” University in Bydgoszcz and University of Pitesti (Romania). Romanian ladies won 21:34 (12:18). This was their first match and their first victory of the event. The first in this group, group A, is University of Zagreb (Croatia). 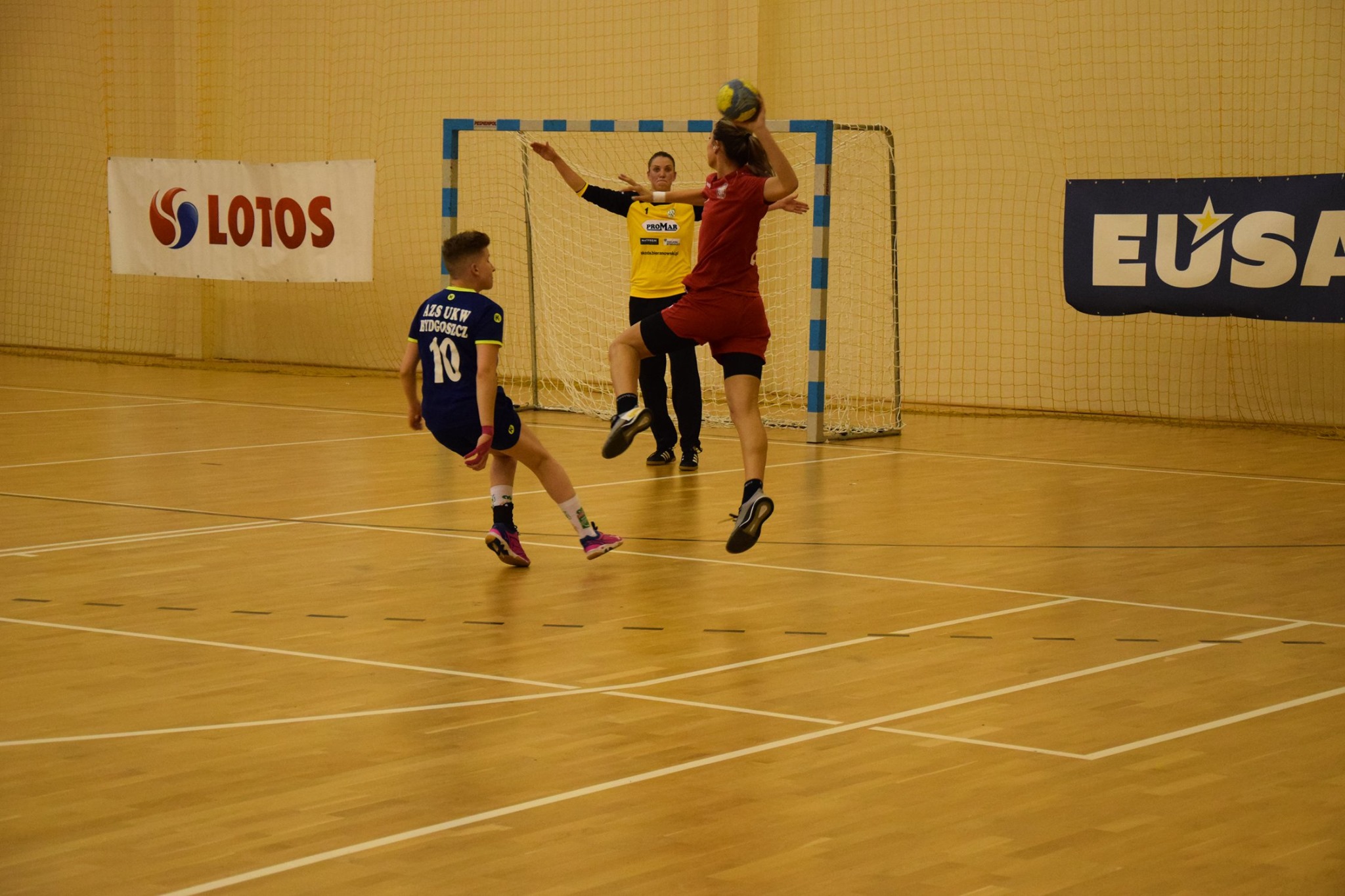 Live Oveland, one of the best players for the Norwegian University, shared with us that there are a lot of things besides winning in handball. “It was a good game. You get to meet a lot of people on the tournaments like this. We never got out of the Norway before, so it’s really fun to be here. The support from the boys who also play here was amazing. We watch games of each other and give all the support we can. I think that’s the most fun part of this event. When they are watching us we feel that energy and it’s important to have someone who will boost you up”, concluded Oveland.