Day 4 of the EUC Handball 2019: Swiss Federation Institute in Zurich scraped a big victory after a comeback and went through on to the quarter-finals

First five matches were played by men. University of Cologne (Germany) got their second victory of the tournament against University of Granada (Spain) 22:20 (12:8). Group B is the most equal one because 3 out of 4 teams have the same amount of points. But University of Granada has better head to head matches. University of Bochum (Germany) lost to University of Rijeka (Croatia) 24:29 (11:13). This was the third won match by Croatian team. They are first in group C. University of Porto (Portugal) played against Norweigan University and managed to win 28:25 (14:14). In this close match there was one player who stood up. Diego Coelho scored yet another set of goals, this time 10. “Stefan cel Mare” University of Suceava (Romania) beated Akdeniz University 34:22 (18:11). This was the second victory for the Romanian players who are second in group C. University “Union – Nikola Tesla” led through the whole game, yet they lost to Swiss Federation Institute in Zurich. The final result was 24:25 (13:9). Group A consists of 3 teams. Team from Serbia is last and they have no chances to get into the quarter finals of this event. 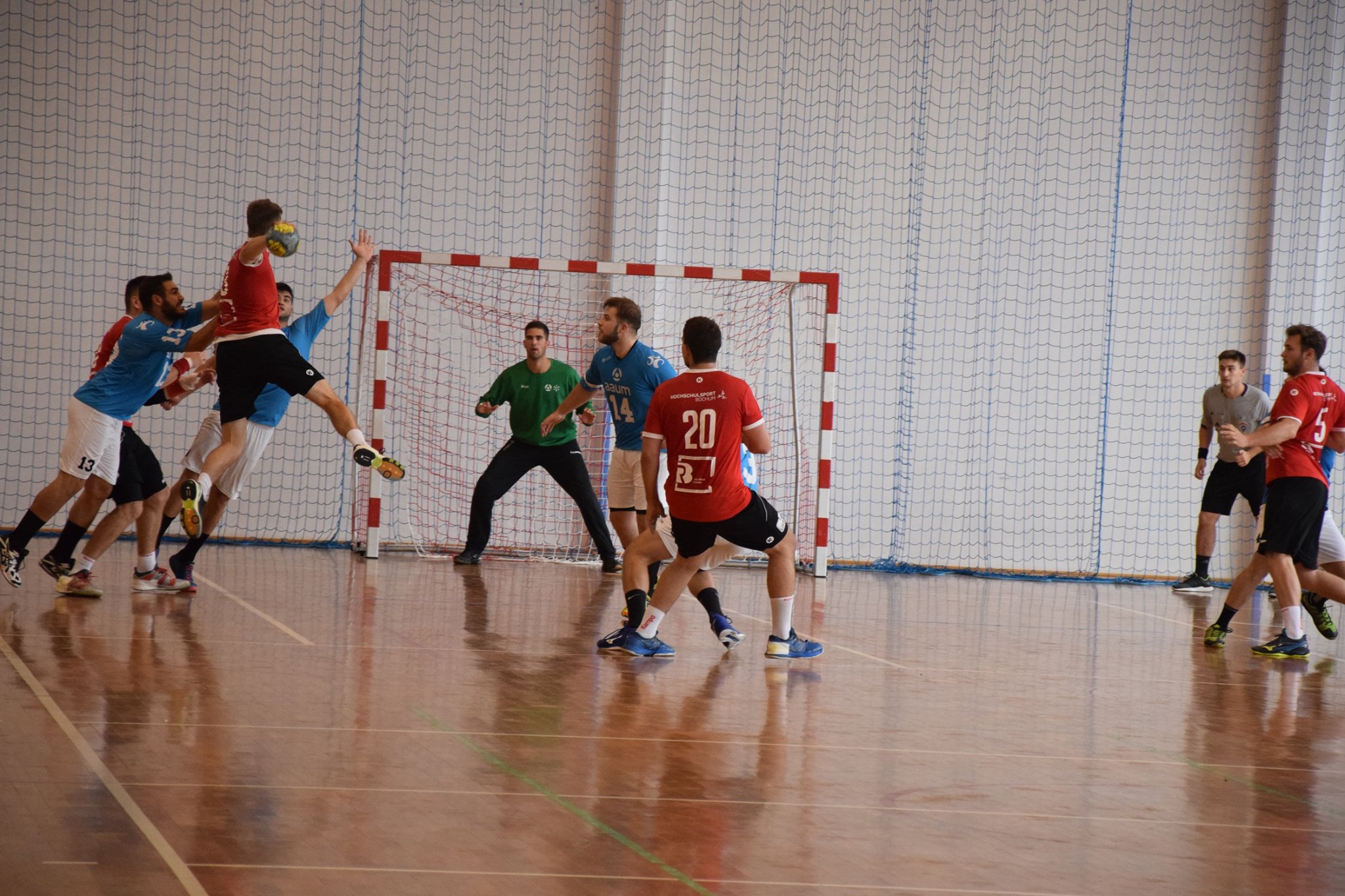 Marko Veljković, player from University “Union – Nikola Tesla” was dissapointed after losing such an important game. “We lost our concentracion in last 10 minutes of the game and we payed the price for that. We played really well through the whole duel. Congratulations to our opponents for the win”, said Veljković.

First game of the ladies part of the competetion started at 15:00. University of Bochum (Germany) suffered a great lost to “Vincent Pol” University in Lublin (Poland). The result was 16:39 (6:20). Aneta Labuda led the team to the first place of their group, group B with 8 goals. University of Hamburg (Germany) played against “Maria Curie-Sklodowska” University (Poland). The girls from Germany defeated the girls from Poland 30:18 (14:10). They are first in the group C. Aix-Marseille University met Norwegian University. Ladies from France defeated Norwegians 34:20 (19:7) and as third went through on to the quarter finals. University of Porto (Portugal) won the game against University of Valencia 27:22 (10:9). After this match they are second in group B, and will be playing in the quarter finals. Last match that started at 19:00 was one of the most exciting games of the day 4. University of Zagreb (Croatia) lost to University of Pitesti (Romania) 24:25 (11:15). Both teams are going to the next phase. 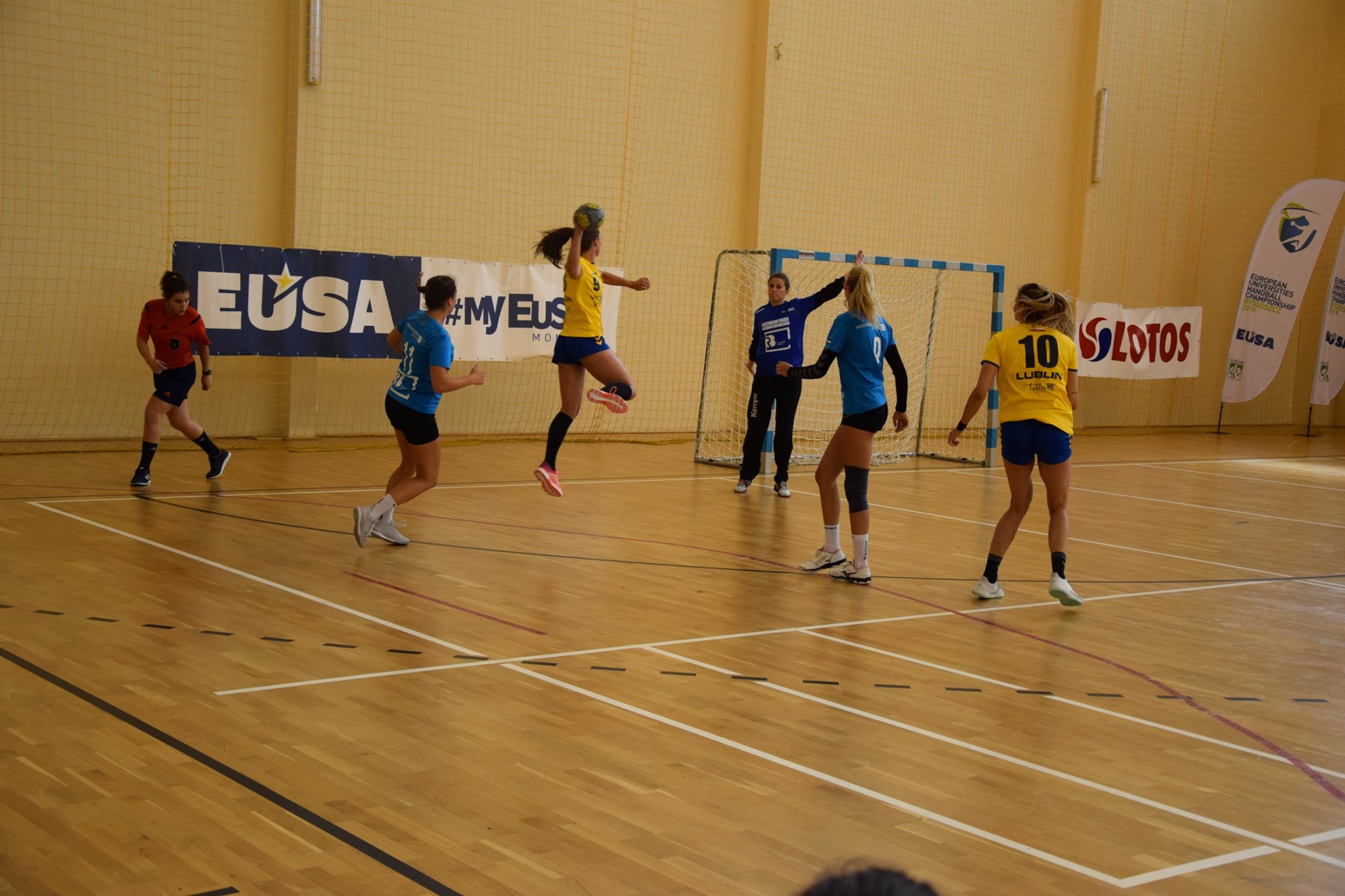 Katarzyna Kozimur, player of “Vincent Pol” University in Lublin was content after winning this match. “We were higher when we were positioning our defence and that’s how we surprised them. That was the key for the victory. I’m hoping we will continue playing like this in the next games”, concluded Katarzyna. Tomorrow, the competetion starts at 9:00 am (GTA+2).